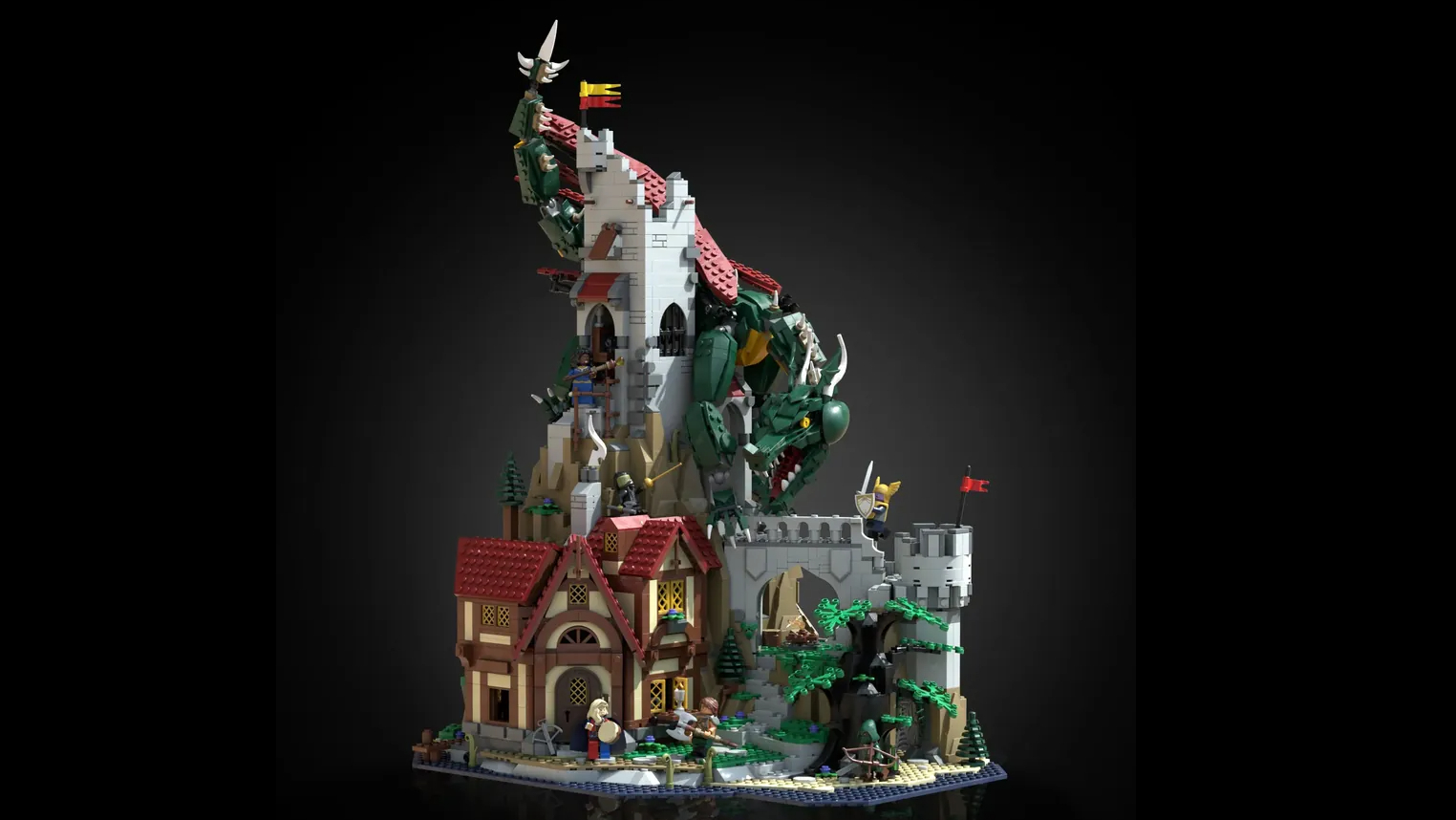 Dungeons & Dragons’ creators at Wizards of the Coast have gotten together with Lego and hatched a plan to commemorate 50 years of D&D. What they ended up with is this sub-3,000 piece, picturesque, working D&D dungeon map, soon to become an official Lego set.

Back in October, hopeful designers were asked to submit Lego dioramas showcasing the favourite features of their most treasured tabletop roleplaying game. The winning build has now been selected for manufacture as an official D&D x Lego Ideas set, and this beautifully nerdy marriage has made me wish Wizards of the Coast would collab with a PC case manufacturer for the same thing.

The winner—chosen by fans and judges alike—is Dragon’s Keep: Journey’s End (opens in new tab), by Lucas from Amsterdam (aka BoltBuilds on the Lego site), who will receive “1% of the total net sales of the product” along with 10 complimentary copies of their design, and credit as the designer.

Built with under 3,000 pieces, Dragon’s Keep: Journey’s End features “great routes with changeable doors each time”, meaning it can actually be used as a functional D&D map in-game.

It looks as if the green dragon is fully poseable too, though whether it will feature in the final set is another matter entirely. Now imagine if they chose to commission a D&D inspired PC case for the 50th anniversary, that would be the dream.

You can keep an eye on the Lego Ideas blog (opens in new tab) for details about when the set will become available, while I cry about not being given that garish D&D PC case the Aarakocra (opens in new tab) Bard inside me wanted.