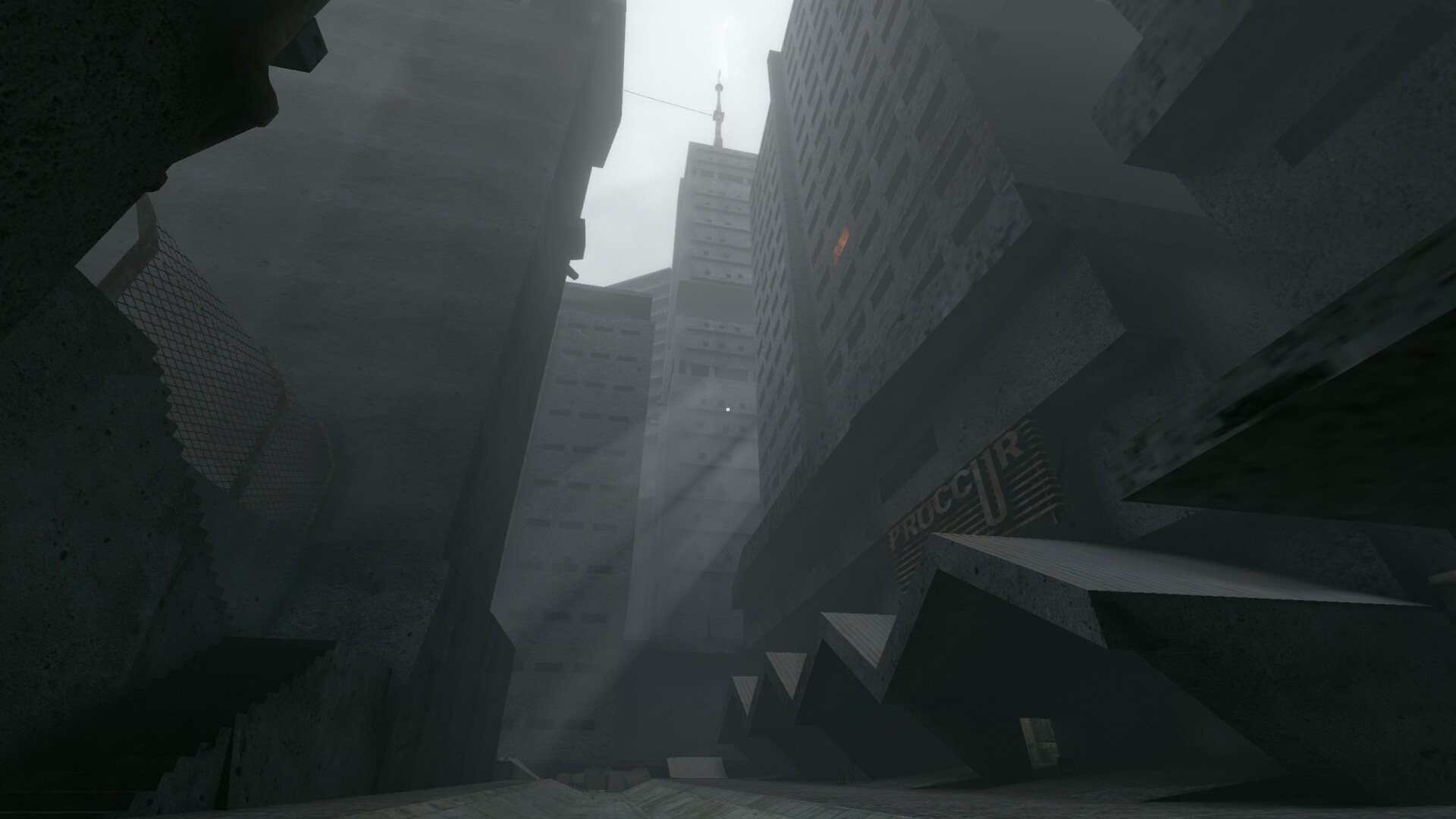 Trapped in the crumbling outskirts of a brutalist megalopolis, in a town called Babbdi, your job is to get out. That’s the conceit of BABBDI, a free indie from duo developers Lemaitre Bros that’s gotten some positive buzz on Steam in the past week.

The environments are compelling, in a lo-fi way, cast entirely in dull greys and greens with occasional splashes of light and color, and comprised entirely of crumbling brutalist concrete architecture. The world of Babbdi is inhabited by strange people, stylized and eyeless with misshapen and disconcerting potato heads.

Yet it’s not horror, for all that, it’s more post-industrial melancholy. The whole game is overcast by the idea that this might once have been a nice place, bustling with people and life, yet is now all but abandoned and forgotten. Babbdi is a place people try to leave, not a place anyone wants to go to.

Here’s the short description: “BABBDI is a short, first person exploration experience with light narrative and platforming elements. Visit the town of BABBDI, a forsaken district in the outer ring of the megalopolis. Meet its inhabitants and discover how to escape. You will find various items unlocking special movement abilities, such as the baseball bat, the pickaxe and the motorcycle. Secret collectible objects can be found all around town.”

I know I said Babbdi is a place to leave, not to go to, but I think it’s probably worth your time if you’re into melancholy indies and/or exploratory games about walking around finding stuff. It’s rich with vertical spaces to explore and level design, and contains a lot more clever platforming than appearances might indicate.

You can find Babbdi on Steam for free (opens in new tab).