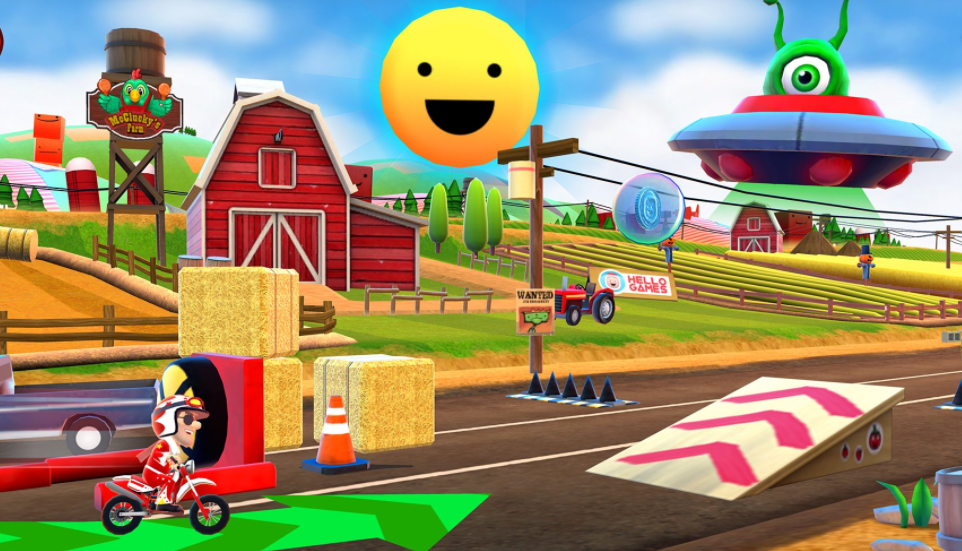 Hello Games is now known for its epic development journey with No Man’s Sky, but the studio’s starting point was a stuntman. Joe Danger was a simple, fun, and polished indie game that was initially sold on PC and consoles before finding its way to mobile, and its success saw multiple sequels before Hello’s gaze became fixed firmly on the stars.

Until recently, at least. Around this time last year the studio returned to Joe Danger for a true gaming feelgood moment, updating and revamping the old Joe Danger games on iOS after the dad of one of its biggest fans got in touch. Hello Games had somewhat understandably been focused on building out the universe of No Man’s Sky and the Joe Danger games had been left to languish. But the reminder that people still cared has clearly had an impact.

Hello Games has now relaunched Joe Danger Touch and the sequel Infinity as free browser games, basically preserving the best of the title that launched the studio in perpetuity.

Last January we launched Joe Danger on iOS 😍Now Joe Danger is playable in your browser for FREE 😎Joe Danger Touch and Infinity in full with improved visuals, on Mac/PC/Chrome/Linux, dynamic resolution, mouse and keyboard support.Play it here!https://t.co/v6nV4qEMvI pic.twitter.com/2azlwZEHnHJanuary 6, 2023

“It’s sad that many games slowly die,” said Sean Murray, both Hello Games’ founder and Joe Danger’s creator. “And we’ve been trying to think of a way to let Joe live on forever, and reach the most people possible. This is hopefully one way of doing that. We owe this and more to him.”

If you haven’t played Joe Danger, imagine an autorunner (auto-motorbiker?) starring an action figure of Evil Knievel. The games are unabashed sunny good times, and diverting enough even now that I’ve just spent half an hour testing that the browser versions work properly. I’m relieved to say that they do.

It’s another feelgood moment from a studio that, after the low of No Man’s Sky at launch, has motored forward and proven time and again how committed it is to its titles. The only slightly melancholy element is nothing to do with Hello, but thinking about how many other games have recently been lost in practical terms to things like iOS updates: few of which will receive the love that Joe Danger has.

As well as looking back, of course, Hello is looking forward to the future. The studio’s next game will not be a No Man’s Sky sequel, but every bit as ambitious. This time, however, Hello will probably be doing everything it can to dampen the pre-release hype.